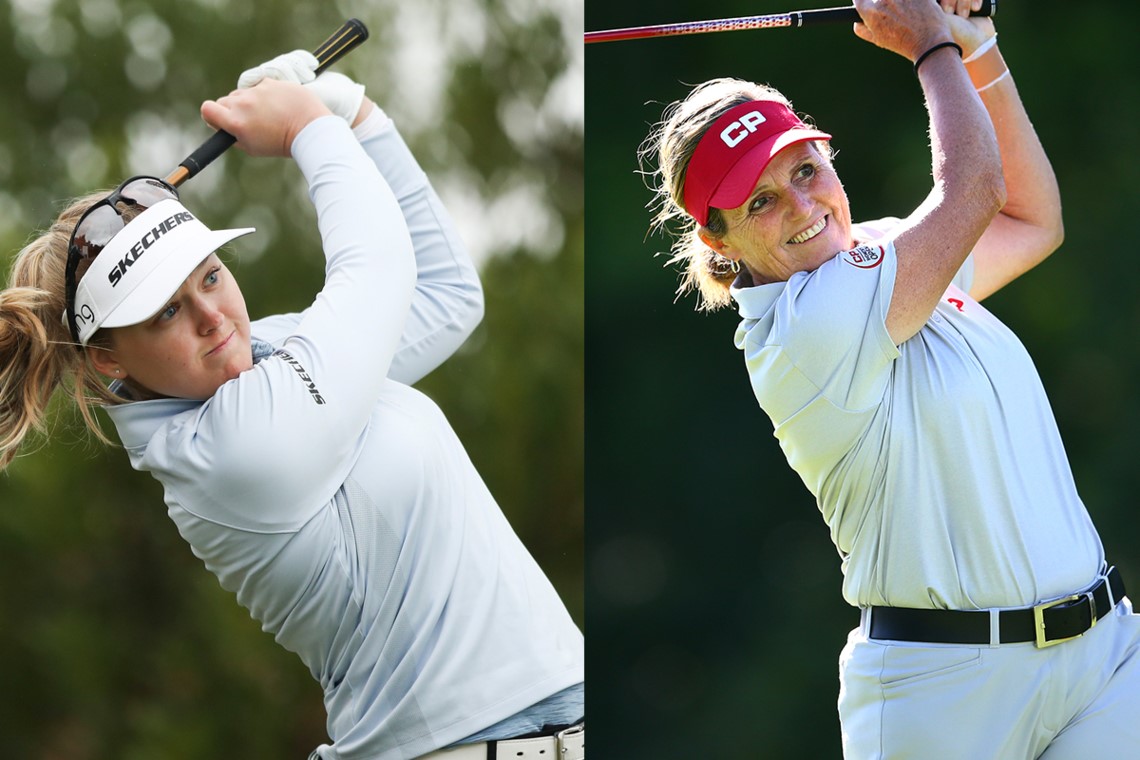 In addition, the trophy awarded to the DCM PGA Women’s Champion will be named after Lorie Kane, who’s five wins, including a string of four-in-a-row from 1996-1999, is the most ever at the event.

“The PGA of Canada is so excited to recognize two of the most influential figures in Canadian golf history and we are thrilled to attach their names to an award and a trophy meant to honour excellence among female golfers in our industry,” said PGA of Canada President Teejay Alderdice. “In addition to Brooke and Lorie being two of the greatest golfers in Canadian history, their names are synonymous with professionalism and they are spectacular role models for junior golfers and female players throughout the country.

“Lorie and the Henderson’s are going to be key figures in the golf industry for years to come and we are so excited to work with them to help continue to grow the sport,” continued Alderdice.

The Brooke Henderson Female Player of the Year Award, which will be unveiled at the 2021 National Award Ceremony, will recognize the female professional who attains the most points based on the PGA of Canada Player Rankings criteria for the year.

Female players will have the opportunity to earn ranking points at all PGA of Canada National Championships, as well as specific Zone events, as the Board of Directors made amendments in 2019 to allow women to compete from a yardage of 86-88% of the length of male competitors. Click here for more information regarding ranking criteria.

“Brittany and I are so blown away by the opportunity we have to help promote golf in Canada, especially when it comes to growing the game among young women,” said Henderson. “We are excited to be involved with the PGA of Canada and I am so appreciative to have my name attached to a brand-new award that will help put a spotlight on the top female players in the country.”

Henderson has a history of excellence at PGA of Canada events. Prior to the 23-year-old winning 10 times on the LPGA Tour, she claimed the DCM PGA Women’s Championship in back-to-back years, in 2014 and 2015.

Brooke, alongside her sister and caddie Brittany, will be joining and supporting the PGA of Canada, Brooke as a proud Tournament Professional and Brittany as a PGA of Canada Class “A” Member.

Kane, who has been a PGA of Canada member since 1993, has a long-standing history of involvement with the PGA of Canada and was inducted into the organization’s hall-of-fame in 2017.

“I am incredibly honoured to have my name associated with one of Canada’s greatest golf tournaments,” said Kane. “The DCM PGA Women’s Championship means so much to me personally and it always seemed to bring out the best in me as a player. I’m looking forward to watching the best players in our country continue to compete at the storied event.”

The newly named Lorie Kane Trophy will be awarded for the first time later this summer at the 34th playing of the DCM PGA Women’s Championship of Canada at Oshawa Golf Club in Oshawa, ON. There will be an update on the scheduled date of the event in the coming weeks.